It’s a hot, sunny day.  Somehow is already 12pm and I’m wandering in Old Nicosia, sweat dripping down my back, my head so hot it physically hurts and miraculously mum and Stella are going along with it but the little sister is complaining ‘Why did we have to come today, the hottest time of the day? For what? Just to see a house?’

It’s not just a house. You don’t understand. It’s a piece of Cypriot history and it’s the most gorgeous house I’ve ever seen. Probably my favourite historic building in Nicosia, no, not just in Nicosia, the whole island!

‘You’ll see when we get there. Come on, keep going and stop whinging!’

He was a dragoman, an official interpreter for the Divan (Council) of the Sultan in 18th Century Cyprus, when the island was under the Ottoman empire, mainly dealing with taxation and administration. A wealthy, high-esteemed man who used his power and money to secretly help and protect Christians, lepers and the Church of Cyprus, which caused the hatred and envy of the Turk Officials who decapitated him in Constantinople in 1809.

I  can’t recall how old I was when I was last there, it was on a school trip sometime in high school but I still vividly remember that feeling of pure awe of the beautiful yard, every single room, especially the ‘living room’ where Kornesios entertained his guests. 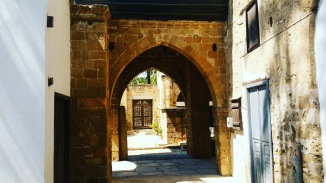 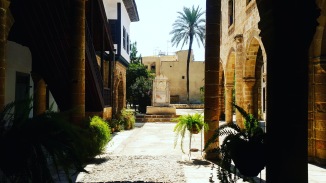 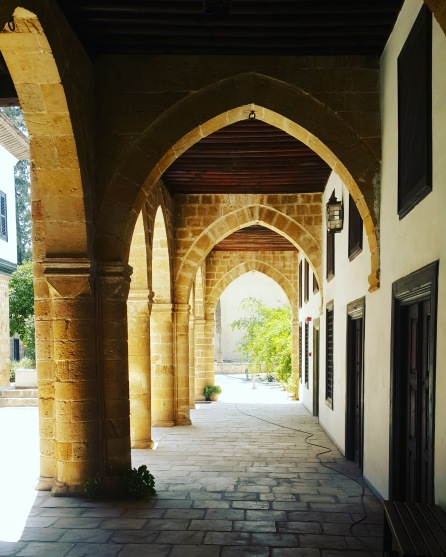 The inside is equally impressive. The furniture, the ornaments, the architecture. How not to love this place.

I could just imagine how life might have been in the 1800s, Kornesios having breakfast with his wife and children on the sunny terrace,  how they would secretly meet with Christians on a dark summer evening and the next day he would be smoking shisha with Turkish Officials.

I was so happy I managed to visit this place again after so many years, now as a ‘mature’ adult. It was exactly as I remembered it, time hasn’t changed it at all, but now it somehow felt more sacred. I guess because I could appreciate its importance now.

After our visit, we headed to Shakolas Observatory for some panoramic Nicosia views. It’s always bittersweet witnessing the contrast, looking over to the ‘other side’. Such a beautiful city but divided, ‘the last divided capital in the world’. 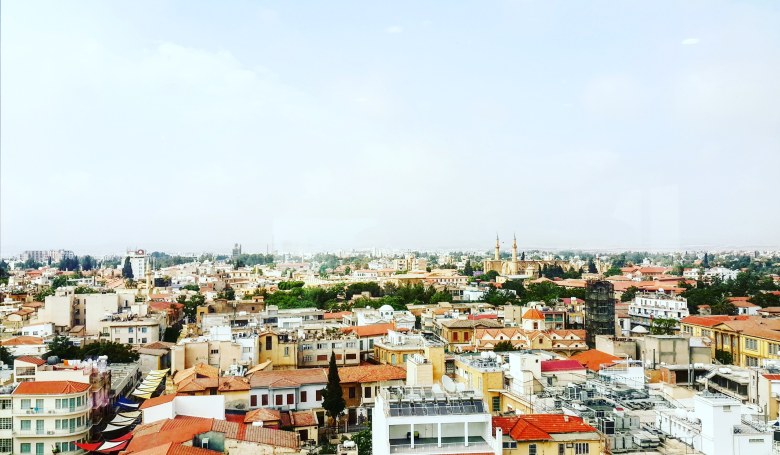 It was late lunchtime by the time we were done so we sat at a nearby Cafe La Mode (I know, so many choices, why sit at a chain restaurant, but the majority won) for a cold Jasmine tea and a veggie wrap. It was delicious, I must admit.

If you ever find yourself in old Nicosia, go, see the Hadjigeorgakis Kornesios with your own eyes, you won’t regret it.

Anna I hope you get it now!

This site uses Akismet to reduce spam. Learn how your comment data is processed.

Join 1,330 other followers
Follow Lessons I learned after I turned 30 on WordPress.com